Being one of the few living villages listed in UNESCO heritage, Vlkolínec was reluctant to turn itself into a proper museum. A group of volunteers found this remote mountainous village and were stunned by which they still remain the old way of living. As time goes by, however, people move out into the city gradually as there is not much to do in this remote area other than herding animals. Up until now, there are 55 houses standing in the village, but only 6 of them are inhabited by 19 people. Some of them are kept as it was and some are turned into cottages in display. People living there are actually feeling hassled most of the time with people walking around their houses. Occasionally some tourists would abruptly walk into people’s house without knowing they have intruded resident’s privacy. We were lucky that a half-drunken man invited us into his house and told us his stories and the history of this village with a big happy smile on his face. 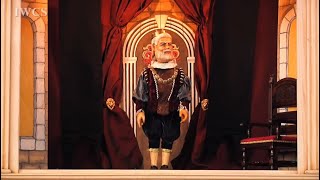 The Pilatova's Great Love for Marionette